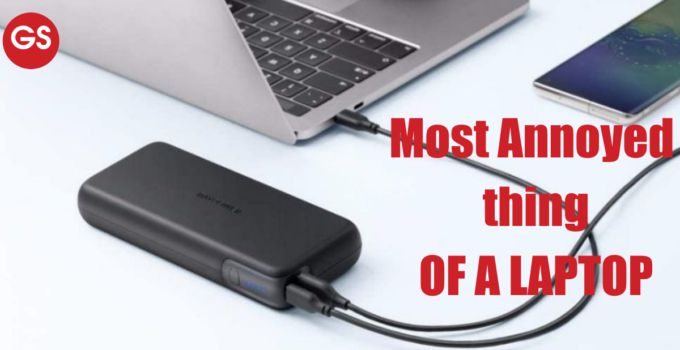 If you’ve ever lost your phone charger, you know that while it can be annoying,

It’s typically not the end of the world, as you can always pop down to the store, grab any cheapo hanging on the rack, and it’ll do an adequate job of charging your phone’s battery.

But if you’ve ever lost your laptop charger, you know that that’s an entirely different story.

Replacement laptop chargers not only tend to be more expensive, but it’s also a lot harder to find one that’s gonna work correctly.

So what gives?
I mean, tons of people carry around laptops, so why haven’t charged has been standardized in the same way.

One big reason is that laptops have very different power requirements between them. Although this is true to phones, the difference is a lot more pronounced with laptops.

You see, phones have different size batteries and different rates of power consumption, but at the end of the day.

They’re nearly all built with battery efficiency in mind, as they’re going to be used without being plugged into an outlet the overwhelming majority of the time.

And even a relatively power-hungry phone, like a big gaming RoG phone, isn’t going to draw a massive amount of current from the wall when plugged in.

But this is not the case with laptops.

If you look at the variety of laptops on the market, you’ll find lightweight laptop models built with power-sipping processors designed for portability that might only require a 40 watt or so charger.

However, you can also buy a beefy gaming laptop that can’t even get an hour of battery life under load and needs to power bricks that push a total of almost 500 Watts.

So you can see right away they have different power needs. And in either case, it’s significantly more power than the vast majority of phones would draw from an outlet.

This also means that laptop manufacturers wanna have more control over precisely what charger their customers are using.

If you buy a third party replacement charger for your phone, the worst that would happen is probably that your phone charges more slowly.

That is, as long as the charger’s built to spec and isn’t a piece of junk that’s gonna start a fire.

However, an underpowered laptop charger could become easily overloaded, meaning that your components could throttle and hurt your performance or start to drain your battery, defeating the point of even having a charter in the first place.

So it’s not surprising that one company’s chargers usually don’t work on another company’s laptops.

Often, they won’t even fit as the laptop makers’ lack of incentive to standardize charters means that the actual connectors or tips that plug into the system can vary greatly.

And of course, it doesn’t help consumers that manufacturers can make a healthy profit selling their own replacement chargers.

As there often isn’t an easily accessible replacement from a third party that functions correctly, so. But despite the usual corporate greed.

It does appear that the game is changing, a little bit with new revisions of USB, being able to deliver larger amounts of power, typically through a USB-C port.

We may see a bit more standardization in the future, at least in the laptop connector, if not in the bricks themselves.

And you can also make the argument that certain proprietary technologies manufacturers push are actually helpful, such as Apple’s Mac’s connector.

Which allows the charging cord to stick to your laptop magnetically so if it gets yanked out.

the chances anything will get damaged are far lower than they would be with many other laptop connectors.

So given all of this, my advice to you is to hold onto your laptop charger.

The good news is those power bricks, although bulky, are a little easier to keep track of than tiny phone chargers. Or AirPods. :).