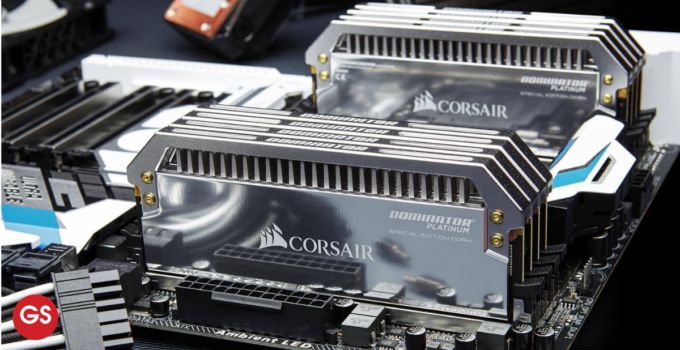 How much ram do you actually need? in modern times well let’s start with the kind of ram that most of us are familiar with the main system memory living inside your desktop or laptop PC.

It’s quickly becoming common for budget computers to come with 4 gigabytes of RAM while mid-range machines often have 8 gigs on the higher end 16 gigs or even 32 gigs of memory is easy to find but is it worth paying a premium for that.

Here’s the deal unless you’re seriously cash-strapped it’s worth getting at least 8 gigabytes even if you’re not planning to do anything with your computer beyond basic productivity, web browsing, and watching fine YouTube videos.

Many common tasks are quickly becoming memory hogs even Google Chrome can eat into your memory very quickly and take up a few gigs.

If you’ve got a lot of tabs open and while the browser does use a technique called tab discarding which removes unused tabs from memory and then reloads them.

When you access them you’ll still get a noticeably smoother experience for everyday tasks if you don’t skimp too hard on your RAM.

How Important is RAM for Gaming:

What if you’re gaming well the answer becomes a little more complicated
you see many big-budget titles these days recommend 16 gigs of memory.

But the thing to keep in mind is that system requirements for games often are not validated well which you can learn more about it turns out that many games that ask.

You to use a system with 16 gigs of RAM can actually get by just fine on eight with only a very marginal performance drop if any.

However, as games get more complex this may not be the case soon especially as some games actively do make use of more than 8 gigs of system memory, and only having eight gigs can also hinder your ability

How Much RAM Do You Need for Streaming:

To do anything else while you’re playing a game such as streaming so we’d recommend 16 gigs as a sweet spot for gamers and especially streamers unless you’re playing less resource-heavy titles.

When you need more ram:

Of course, many motherboards have RAM slots which makes upgrading to 32 gigs a cinch, if you’ve got the money but investing in this much is probably only worth it if you’re working with lots of data at once.

Furthermore with how long it takes certain kinds of media files to render.

You’ll probably want to use your rig for other things while your content renders in the background and this is where having 32 gigs of memory or more if you’re into that whole 8k thing can really come in handy.

As for 3d modellers animators or scientists well their memory requirements are basically limited only by the size of the scenes, or the data sets that they’re working with sounds expensive.

But what if you’re trying to figure out how much graphics memory or VRAM you need on your graphics card.

Even if two cards have the same graphics processing unit or GPU they can actually have different amounts of VRAM and benchmarks often focus more on the GPU itself.

On how it performs across its various memory configurations.

Many mid-range cards come with 4 gigabytes of VRAM which as a general rule should do you find for 1080p gaming as of filming this video.

But you’ll want at least 6 Gigs for 1440p, and about 8 or more for 4k just be sure to read reviews for the titles you want to play because.

Some particularly demanding games or especially third-party mods like high-resolution texture packs might mean that a card with slightly more VRAM would be a great investment if you want to play at high quality.

Running out of VRAM can render certain games completely unplayable if you try to bump the resolution up too much.

Meaning that 4k monitor you just shelled out a bunch of money for won’t be living up to its full potential.

Kind of like that gym membership that you only use twice per year or not at all🙂.